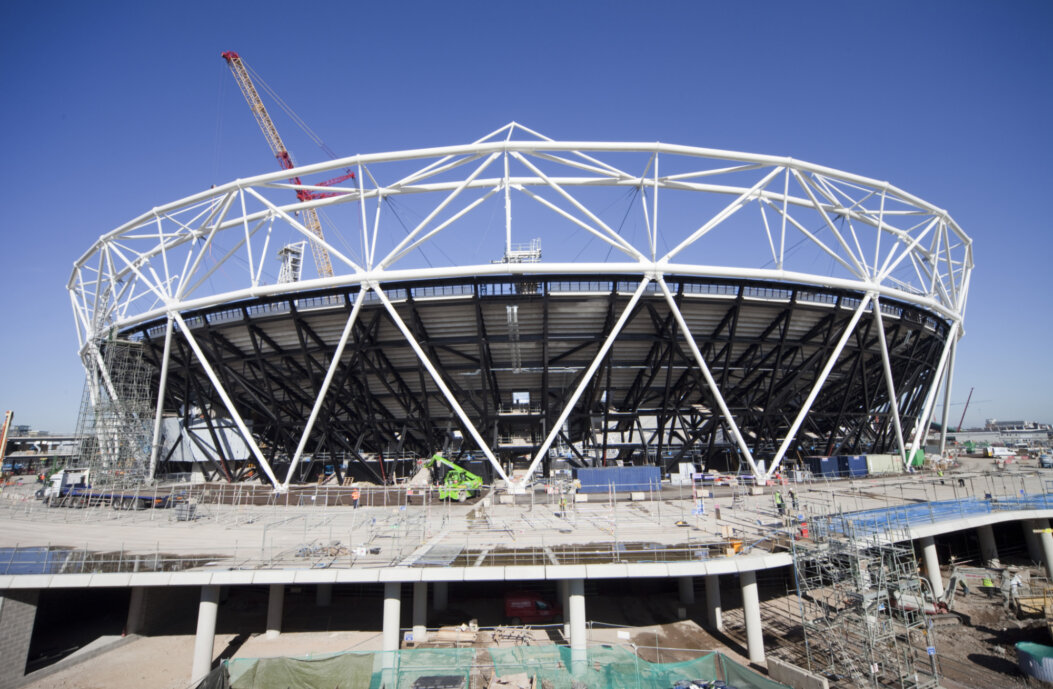 This project was the centrepiece of the London 2012 Olympic Games.

Located on Queen Elizabeth Olympic Park in Stratford, East London, the stadium had an impressive 80,000 person capacity and was one of the key legacies of our involvement in the Games.

It sits with our sister development, the stunning ArcelorMittal Orbit, which was designed to offer spectacular views across the entire Olympic park.

It was - temporarily - the third largest stadium in Britain, but was most famous for playing host to the opening and closing ceremonies as well as the athletics and paralympic athletic events, for which the eyes of the world were on London and this amazing structure.

The venue was designed to be scaled down after the Olympics, to as little as 25,000 seats, when it became a new home for UK Athletics and since then, ‘The Hammers’ - or West Ham United, have claimed this as their ground. The stadium is now a mixed-use venue combining sport, community and educational uses. We utilised more than 10,000 tonnes of structural steelwork in the making of this project and we’re thrilled to see it remain as a key landmark and venue for an exciting range of events and competitions.