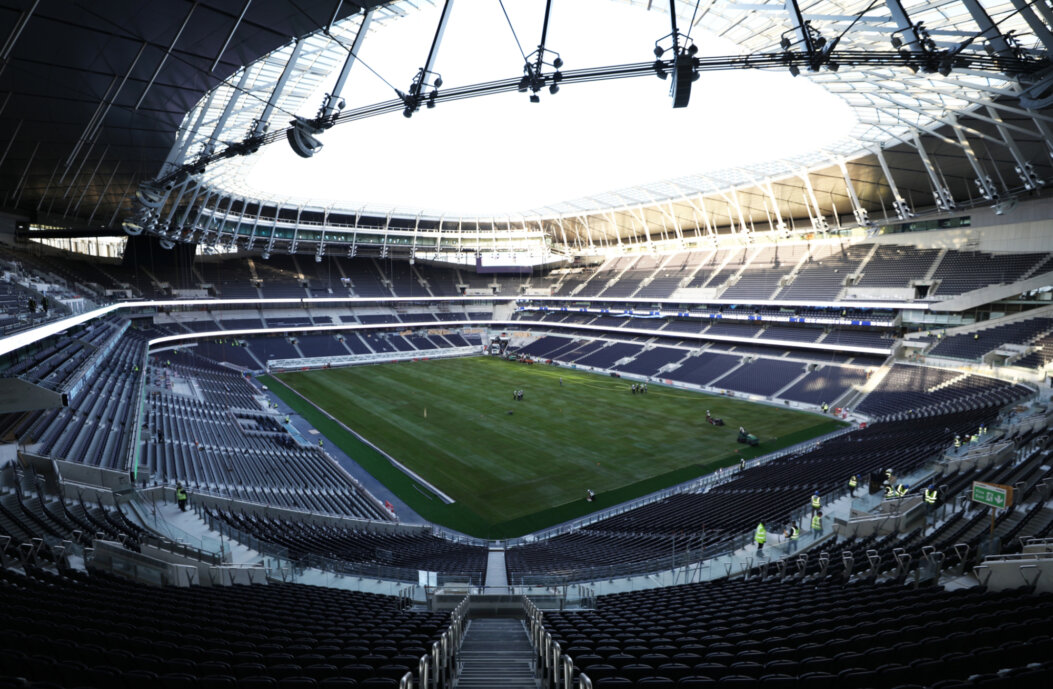 Anyone passionate about sport knows that stadiums are more than just playing spaces, they are the homes of shared passions, nostalgia, season-tickets shared by families and generations, highs and lows - they matter.

We’re very proud of this project, it required an incredibly complex synchronized strand jacking operation, involving 216 strand jacks, making it one of the biggest synchronized strand jacking operations ever undertaken in the UK for a single lift. Not only that, but our steel trays helped to create a pioneering, world-first, dividing retractable pitch, enabling the new stadium to be used as a highly flexible sports and entertainment venue, including use by the NFL for a programme of exciting fixtures.

Above the joy (and potential sorrow) these hallowed places hold, they must also be meticulously designed and built to withstand the pressures of, in this case, up to 62,000 people. Our work on the Tottenham Hotspur Stadium started with the steel construction for the North, East and West stand bowl structure, which took place during the 2016/17 football season, whilst the old White Hart Lane stadium was still in operation.

We facilitated the early construction of the feature Y-columns (each weighing an incredible 200 tonnes) within the East stand in late 2016, and the main build of the North, East and West stands then followed from January 2017.

Once White Hart Lane was demolished, we began work on the South stand works. This involved the creation of two steel ‘trees’, each weighing 275 tonnes, which we manufactured as a unique architectural feature to support the back of the new single-tier stand.

The stadium also features a complex roof structure, engineered by Schlaich Bergermann Partner, which is formed from structural tension cables that are fixed back to the compression ring to create the outside profile of the ground.

The compression ring is comprised of 54 box girders, each measuring over 20 metres long and weighing approximately 25-30 tonnes each. We’re proud to say this was fabricated and trial-assembled at our Lostock facility, which helped us achieve accuracy in length to within 1mm. Once constructed on site, this produced a ring with an overall length deviation of 0.001% over a 693 metre total length.

Now in use, the new ground is the largest club stadium in London, and is said to be one of the best in the world.