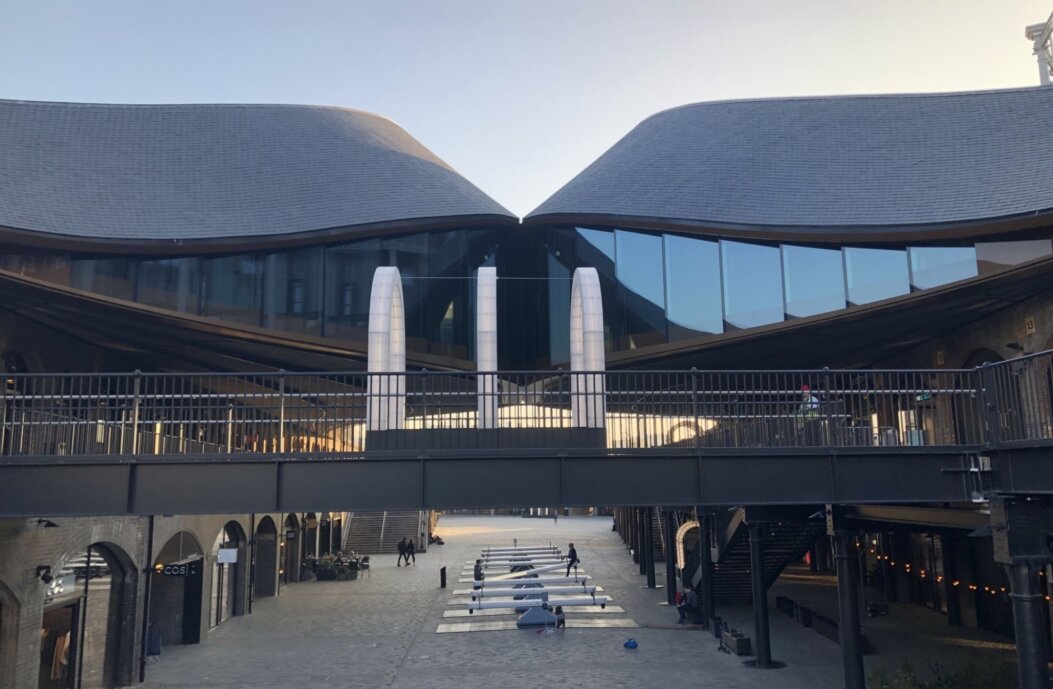 Coal Drops Yard, built in the 1850s, was used as the main coal store for all of London, transferring coal from rail wagons to road carts.

The coal drops buildings were used as stores for most of the 20th century, until the 1990s, when they were used for warehousing and light industry, before falling out of use in the last century.

Anyone familiar with the area today, will know Coal Drops Yard as a bustling, exciting retail quarter which has been designed and constructed around the original buildings. This sensitive approach has brought the old industrial features that have stood the test of time, back to life. The combination of the old and new architecture creates a shopping destination that provides a memorable and enthralling experience.

As the contracted steelwork provider, we had extensive involvement in this project, right from the design stage.

The most complex feature of this project was the new ribbon truss roof, made up of twenty bespoke tubular modules, which were sub-assembled on the ground into eight modules for construction. We ensured support was provided to the roof during construction through the use of twelve temporary trestles. The new roof provides a continuation of the existing slate structure and connects the East and West Coal Drops at upper level via a suspended floor.

Since its opening, Coal Drops Yard has become a hugely popular destination and we’re incredibly proud to have been part of this project which beautifully combines the old and new.