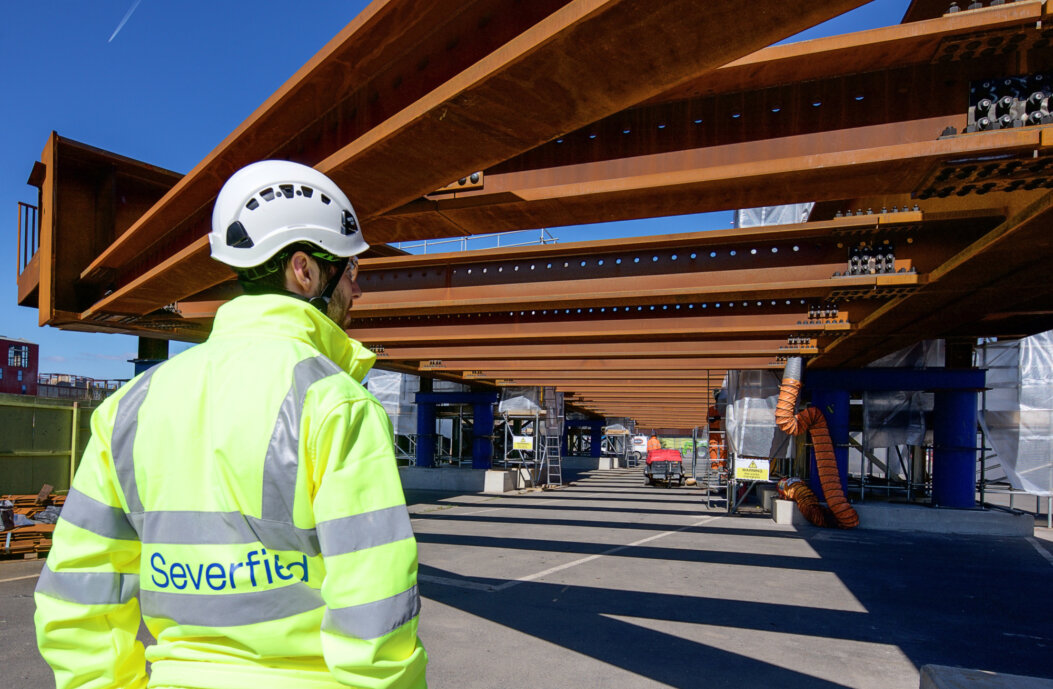 The East Wick and Sweetwater Project will create two brand new communities on the site of the Queen Elizabeth Olympic Park in Stratford, London and will include up to 1,500 homes as well as a nursery, library and health centre.

Severfield’s scope of work was to fabricate and erect the steelwork for two bridges required as part of this new development, providing access across the River Lea.

The first of these bridges to be delivered to site was Stour Road Bridge (H16), a new pedestrian and cycle bridge which consists of a 37-metre-long weathering steel plate girder, with a total weight of 97 tonnes. Severfield used water jetting to produce the perforated web that give the appearance of bubbles.

H16 was delivered and assembled on site through November 2018 and installed using a 1,000-tonne mobile crane during a weekend closure of the canal.

The second of the bridges to be delivered on this project was Monier Road Bridge (H14), an upgrade to an existing pedestrian bridge, will now be used for cylces, buses and vehicles too. The 42-metre-long weathering steel bridge has main girders up to 3 metres deep and has a total weight of 296 tonnes.

The steelwork for H14 was fully assembled on site using a 350-tonne mobile crane, ahead of the planned installation currently scheduled for January 2020 using the Gottwald AK 680 crane – the UK’s largest.